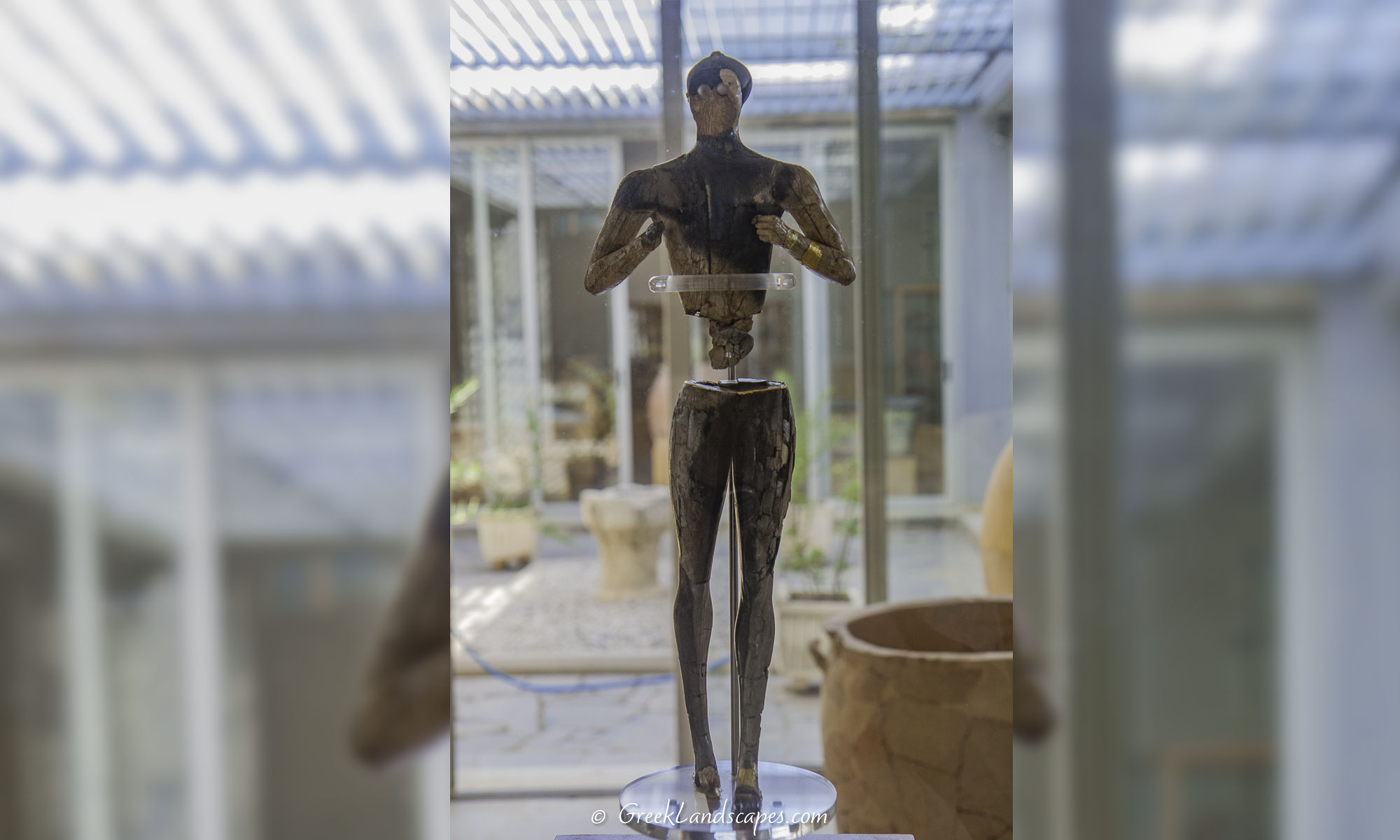 Sitia Archaeological Museum is a delightful venue if you are in the area. It contains artifacts from excavations around eastern Crete. The most renown artifacts are the Linear A tablets from the palace of Zakros, and the Palekastro Kouros statuette.

Clay tablet with Linear A script.

The Sitia Museum houses a plethora of artifacts found mainly in excavations in   Lasithi. While the most important finds from eastern Crete are exhibited at the Heraklion museum, there is enough in Sitia to warrant a visit.

The cases of the museum are filled with pottery and tools from Minoan culture, and most intriguing of the artifacts is the large collection of Linear A tablets from the palace of Kato Zakros.

The Linear A clay tablets survived to our day hardened during the fierce fire which destroyed the palace . The Linear A script has not yet been deciphered, so we don’t know what the writing represents.

Most impressive of all the artifacts of the Sitia Museum is the small statuette known as “Palekastro Kouros”.

It was found in three pieces at the Palekastro excavations. This statue itself is worth the visit to the museum.

The statue’s body was made of hippopotamus ivory which was probably imported from Egypt.

The head was carved out of serpentine, and the eyes are made of rock crystal.

Its bowels were made of wood, and its clothes made of gold leaf.

This is a small museum with a well laid-out plan and many signs that explain in detail the exhibited artifacts. You can visit the exhibitions in less than one hour.

Like the Heraklion museum the floor is divided into the Minoan Neolithic, Pre-Palatial, Neo-Palatial, and Post-Palatial eras, while roughly one third of the space is dedicated to Classical and Hellenistic Crete.