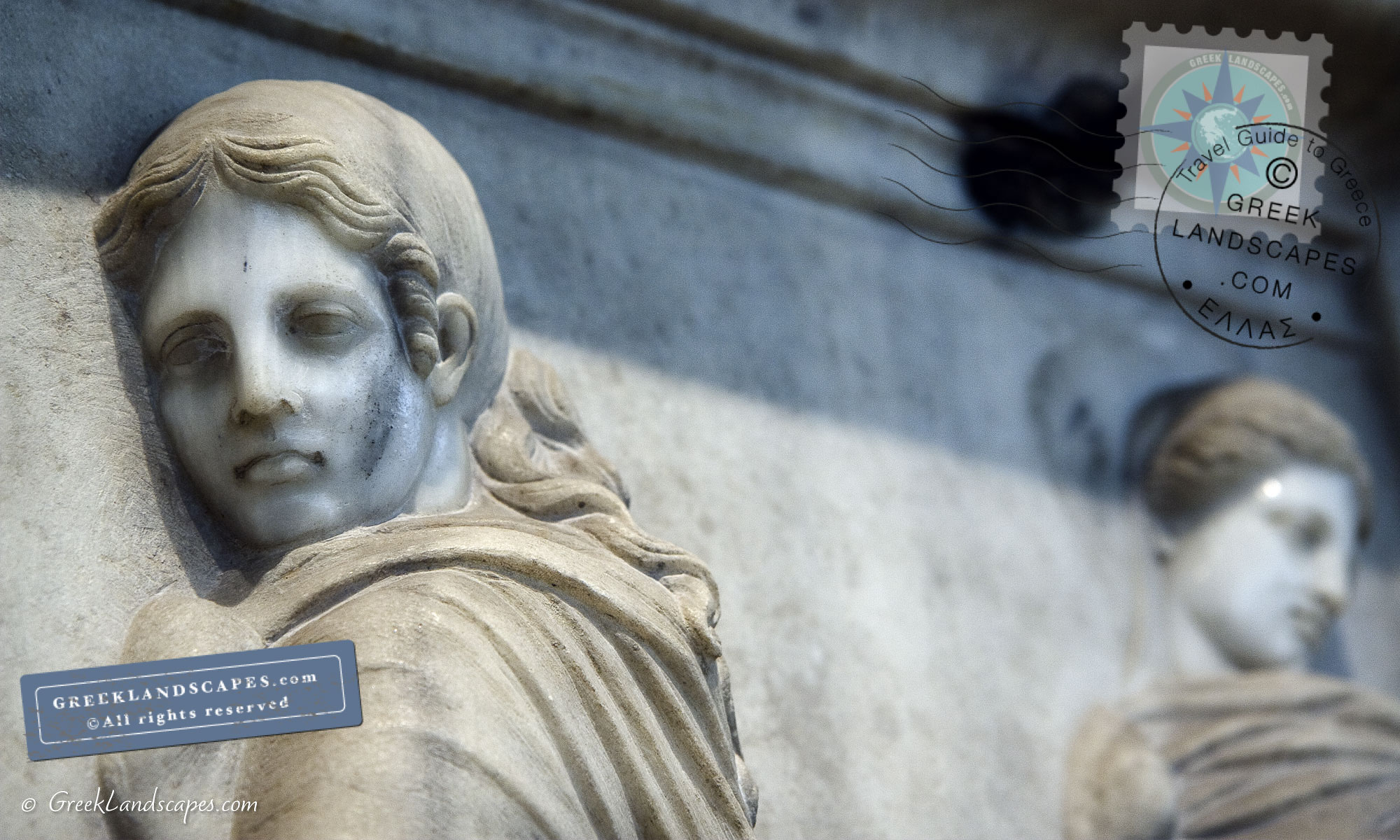 The Piraeus Archaeological Museum is located near the ancient port of Athens, and it houses important artifacts from the general area. Its exhibits include the only bronze Kouros in existence.

The Archaeological Museum of Piraeus, harbors ancient finds from the city of Piraeus itself, the coastal area of Attica, and the Saronic Gulf islands, including artifacts from the bottom of the surrounding sea.

During Archaic, Classical, and Hellenistic times, Piraeus provided the political, cultural, military, and commercial hub from which Athens extended its influence throughout the Mediterranean.

Piraeus was home to the mighty Athenian navy as well as a busy port where commercial exchange with the Aegean, Anatolia, the Middle-East, and Egypt flourished.

The Piraeus Archaeological museum exhibits reflect the strategic importance of the port in the development of Classical Greece, and its rich cultural heritage which has spanned several eons.

Mable dancers at the Piraeus museum

Ritual ceremony with priest and priestess.

Four large rooms of the ground floor are dedicated to finds from several cemeteries, and sculptures from the Hellenistic and Roman eras.

The most impressive exhibit of this floor is by far the reconstruction of a foreign merchant’s (a metic from Istria) mausoleum unearthed in Kalithea.

The reconstruction is complemented by several well preserved stele from the classical and Hellenistic eras — some with truly impressive low relief figures interacting with each other.

The upper floor is rich with a multitude of artifacts from everyday life and commerce, ceramics of all kinds, a modest reconstruction of the Cybele temple from Moshato, and five exquisite bronze statues.

Among them are two statues of Artemis, one of Athena, and the only archaic bronze Kouros in existence.

Adjacent to the museum, a fence encloses the small Hellenistic theater of Zea.

The museum is well maintained, the artifacts exhibited with clarity, and the crowds are non-existent. You will be able to leisurely examine the exhibits in less than one hour.

It takes about 10 minutes of leisurely walk to reach the Piraeus Archaeological Museum from the port.