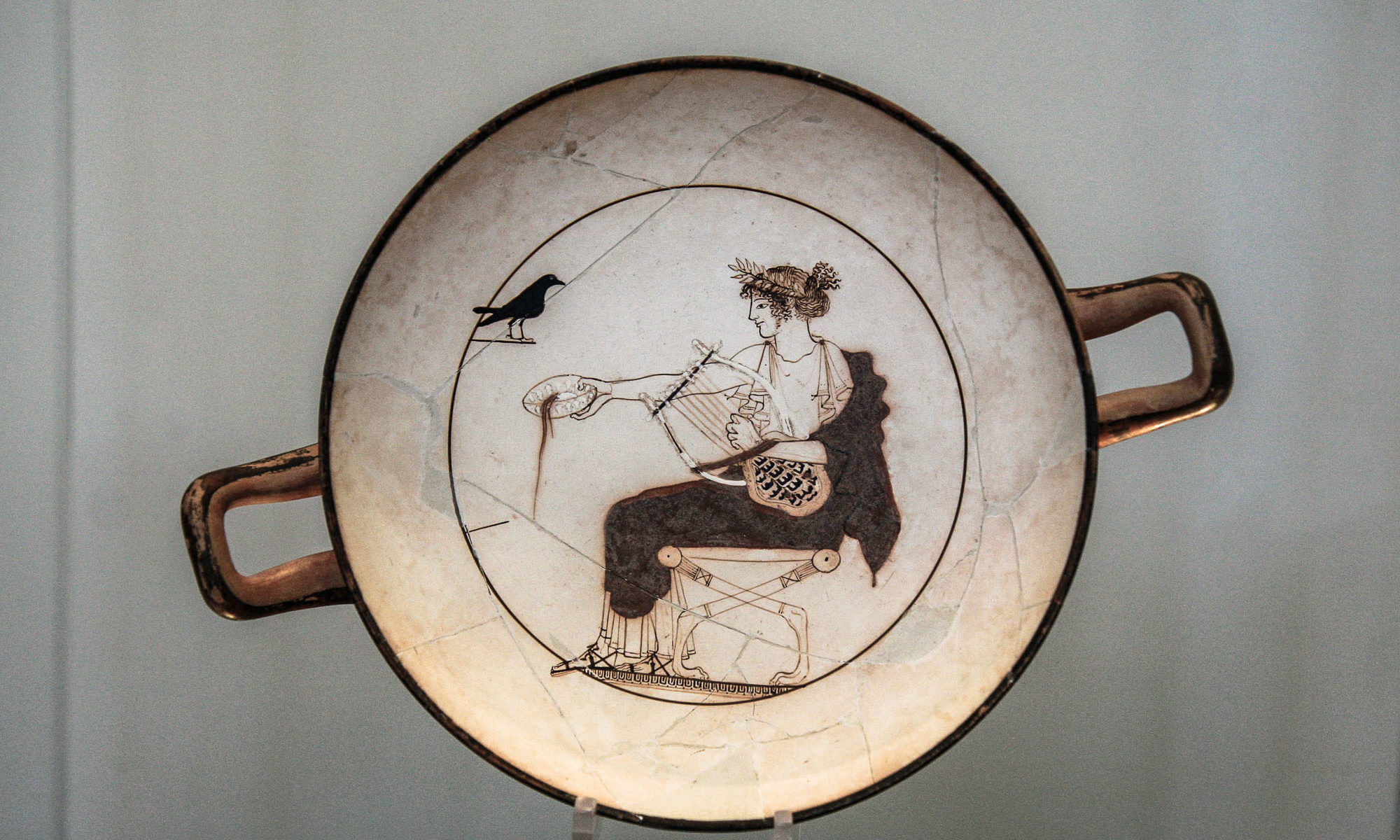 A rare inscription with a musical composition (notations above the verse). 128 BCE. Delphi Museum, Greece.

The Charioteer of Delphi. Bronze, 478 BCE.

The Museum of Delphi is one of the best Greece has to offer. We rate it as one of the four most important archeological museums of Greece (along with the Athens’ National Archaeological, Olympia, and Heraklion museums).

The Kouroi statues, Kleovis and Biton, are an excellent example of the power and raw energy of the Archaic era statues. Even though they appear immobile and “stiff” their sheer size and mass emanate a great deal of energy that becomes almost physical in their presence.

Both friezes from the treasuries of the Athenians and the Syphnians pulsate with vigor as they depict mythological scenes and battles from the Illiad. Above all they represent a precursor to the later Classical refinements with the way the figures interact and move through the narrow space.

Beyond these art masterpieces from ancient Greece, the museum houses a plethora of other important artifacts and art from the Archaic, Classical, Hellenistic, and Roman eras.

The Charioteer of Delphi (Iniohos)

Most famous of all the Delphi artifacts is the Charioteer of Delphi (Iniohos); a well-preserved bronze statue from the “severe” period of Classical art. The Charioteer stands alone in the middle of a dedicated room and it is awe-inspiring as it gazes into the void among the museum visitors.

The youth’s austere expression epitomizes perfectly the classical ideals that call for modesty and self-control even in the face of triumph or disaster. In this case, the respectful youth is depicted at the moment of glory after winning the prestigious chariot race.

The statue was dedicated in 470 BCE by Polyzalus, the tyrant of Gela in Sicily, who won the race during the Pythian games. The statue was part of a sculptural complex that included four horses, a chariot, and two handlers.

While the Charioteer survived almost intact, what was left of the rest of the complex is exhibited in the same room. More about the Charioteer of Delphi

The Delphi museum is located at the entrance of the Archaeological site, so you can easily visit them both in one day. We always recommend to visit the air-conditioned museum after you visit the site in the summer.

The museum is divided into several thematic rooms, and the usual visitor’s route would take you artifacts from the Bronze Age to the Roman Era.

In the front of the museum you will find a small cafe/restaurant, and the restrooms. You can easily visit the museum in under one hour.

Click here for the Delphi Museum hours and ticket information

Back to Delphi Archaeological Site